When your covenant took control of the abandoned Abbey you realized that there may be something left to find, after all it's a known fact that Abbeys and churches like to collect and confiscate any items of power that they can keep away from mages.

In what you presume to be the medical area of the abbey, you find a single roll of enchanted bandages and instructions on their use as well as a basic poison direction unit.

In what you think was a form of vault you find something vaguely upsetting.  In this pseudo-vault decayed into uselessness, except a particularly horrific looking staff that seems to quiver at the possibility of being used again.  Through study you find that the staff has the power of mutilating the human skeleton.  It is very powerful against mundanes but its use decreases sharply with the most basic of Magic resistance.

The next thing you discover was a pair of glasses, resign in what used to be the abbots study. Through examination you find these glasses convey the property of second sight to its user.

The last enchanted item was found by accident, as one day a ruffian attempted to rob the abbey in the middle of the night.  The abbey bell started ringing of its own accord and woke you.  You promptly dispatched of the ruffian and then proceed to study the bell.  It is of non-hermetic origin, possibly divine, and has the most interesting of properties.  It seems to detect hostility in an area around the abbey and when it gets close wakes up those within its walls.  It must be specified however that the bell can only detect the bare minimum, if someone gets to angers within its range it may be set off, but this is a small price to pay for an early warning.

Crippling Staff
Human Bone +3 destroy the human body
Human Skull +4 destroy the human body
Small bone staff = 6 investment points
Level 30 effect
Penetration score of 13
Effect:  Snap a limb of any human that has a magic resistance of less than 13.  This wand has unlimited uses. It does however look rather evil. 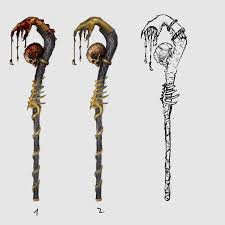 Bell of Warning (non-hermetic)
Bell +5 warning
Huge iron bell = 25 investment points
Level 25, 15, 10 effect
Effect:  When a person of hostile intent approaches the Abbey the bell will start to ring and will wake all those who are sleeping in the Abbey. 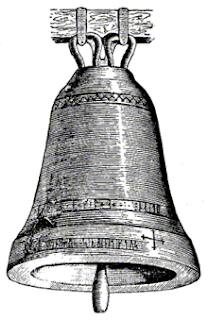 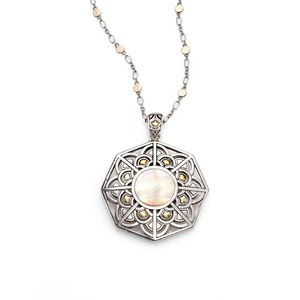 Effect: Give the wearer the second sight vertue (Second Sight: You are able to see ghosts, demons, and other invisible spirits. A roll of 9+ on Second Sight + Perception is usually successful, but your target may be higher or lower at the story guide's discretion.)

Posted by Unknown at 8:38 PM No comments:

The Lore of Mythic Europe

So you think you know shit about Medieval europe? Wrong!(kinda)  Most of the stuff you know is kinda right but also not because magic has a funny way of really changing things.  So to  make this easier to comprehend here's a list:

This page will be updated as I learn more and as more specific questions are asked.
Posted by Unknown at 11:44 AM 2 comments:

In this world dreams may not be dreams and reality may be much more mutable than you're used to.  In this world you have elected to undertake the relatively simple task of overthrowing the King of England.  How you accomplish this is up to you, will you be sneaky and strike from the shadows or will you wine and dine your way to the top tier of politics and stage a coup?  All of this is up to you, but first you must choose how to start your adventure:

Taxman's Foley:  You have heard that one of the tax collectors is imposing harsh and unlawful taxes on the common man.  You have heard that he enforces this with the help of some sort of demonic beast, controlling it with some kind of great black book, and threatening those who try and refuse.  Will you dashing heros race to the rescue of the common people endearing yourself to them?  Or will you let them face their plight by themselves, after all you do have bigger fish to fry?

One man's pain, another man’s gain:  You have heard that the great wizard Azeal has finally passed into the final twilight.  You have heard tell that his stronghold was relatively close to where you have setup your Covenant.  Your mind boggles as it imagines the previously hoarded treasures and knowledge.  With this you will be able to increase your power and gain some of the strength you will need to strike at the king.  But be where Azeal lived deep in the fey forests and would have surely had defences to prevent intruders from taking his life's work.

The Hunt:  You have heard that a nearby noble, the Baron of Topcliffe, is hosting a great hunt in coming weeks.  He is hunting a dangerous beast that has been ravaging hamlets under his protection for weeks now and he has finally decided to route the thing out.  Will you help your political enemy and try to integrate into the system and work yourself up or is this hint the perfect setting to try something far more sinister, after all accidents do happen?
Posted by Unknown at 10:51 AM No comments: